I love my birthday.  It’s right in the middle of 2 of my favorite people’s birthdays – Ryan and Dale.

If you can imagine, birthdays went like this : Ryan’s house for his party, at midnight we get a second wind because now it’s officially my birthday.  Go home and sleep it off.  Wake up, lots of water, do family stuff.  Go out for the night because it’s still my birthday.  Get a second wind at midnight because it’s a double birthday party and now Dale is the guest of honor.  Go home and hope you can still wake up in the morning.  (kidding, don’t worry mom, it wasn’t ever THAT bad)  Super FUN!!
Since Dale totally gave me a free food/rant pass and he’s great, I got to thinking about our double birthdays, and I remembered this brownie I made for my birthday “cake” when I turned 25.  I was a Food Network junkie at the time.  While I browsed the site for new, amazing dessert idea I came across this:

Food Network’s picture is WAY better than mine, but then again I took this years ago.
Pre-kids, pre-blog, pre-trying to be a pro photographer with my phone’s camera.


Sold!  The brownies were delicious.  The marshmallows were super sticky and kind of a pain, but worth the goo covered fingers. 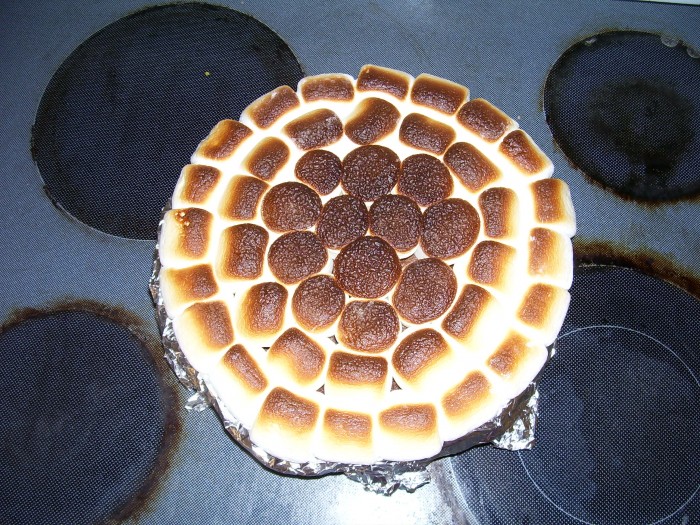 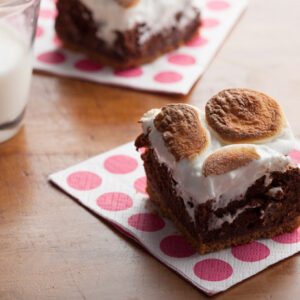