Today’s recipe was a guest post I did for Jenny over at The NY Melrose Family.  A few of us were lucky enough to guest post for her right after she had her daughter.  I wanted something easy to whip up, like easy enough Jenny’s husband could throw it together while she naps before dinner.  *hint, hint*

I saw the original recipe for this dish in Food Network Magazine.  It looked super easy to whip up, and a great way to get some veggies into my family’s faces.  Since I’m anti-mushroom I added asparagus instead, and switched out the raw tomatoes for sun-dried.  But chicken and cheese ravioli are almost always a win around here so the boys all thought I did good.  Yay for easy dinners on a week night! 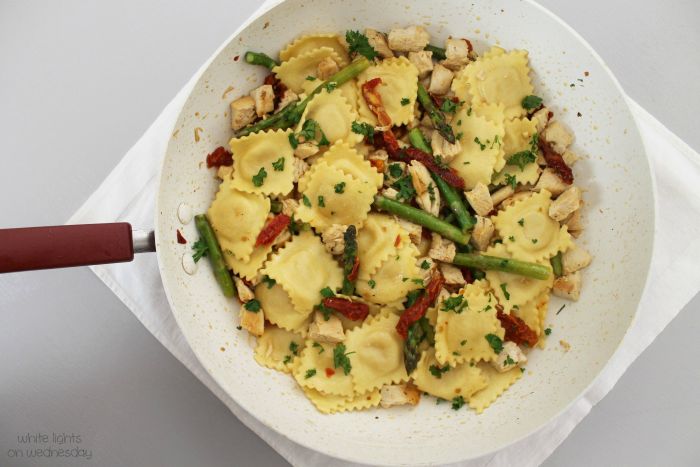 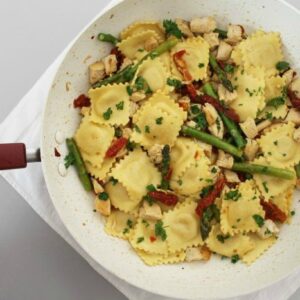 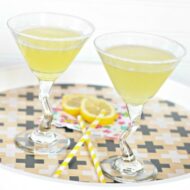