I’m generally a recipe girl when it comes to cooking.  While I’ll tweak recipes to fit my family’s tastes and switch out ingredients to try different combos, I like having a base to start with.  But some times I go rouge and try new things.  This is one of those times.  And it worked out beautifully.

I had a night where I didn’t know what I wanted to eat or what I wanted to make.  Mike was just getting home from bagpipe band practice and I had two chicken breasts thawed in the fridge.  I planned this to be a breakfast scramble type dish, but things happened and a cheesy saucy hash was born.

Hash – a dish consisting of diced meat, potatoes, and spices that are mixed together and then cooked either alone or with other ingredients 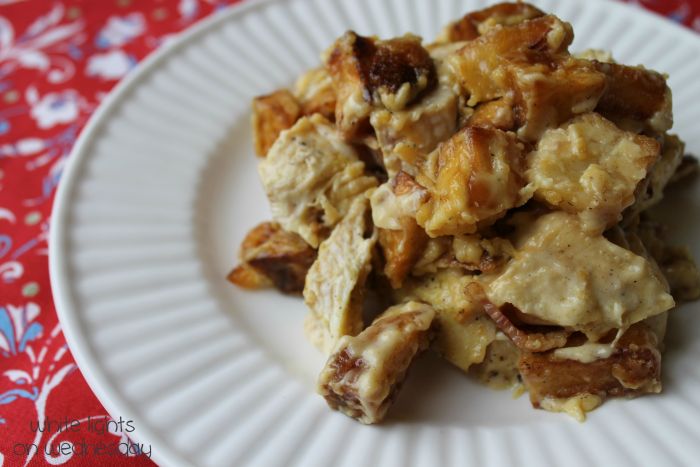