Do you like Duff Goldman?  I’ve been a fan of Ace of Cakes for years.  The bakery put out the most awesome cakes.  Which is great and all, but they also have so much fun, and they’re quirky and the kind of creative people that make the world a better place.  I even got my little sister addicted to the show too.  When Ace of Cakes had its last episode I was really sad.  Then I found out Duff has a new show called “Sugar High.”  There were tons of delicious looking recipes on the show, but the Banoffee Pie really caught my eye.  I know it’s a weird name, but it’s amazing!!  Banoffee = Banana + Toffee.  Are you intrigued?  I scoured the internet for the episode, but I couldn’t find it.  Boo.  Then, months later, I found this pin.  I made it mine and told myself I would make this pie, someday. 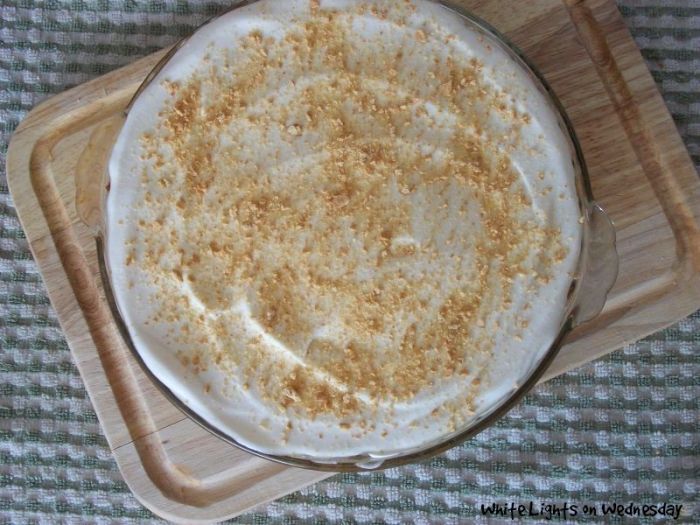 Then I get the email.  Tidy Mom‘s save the date for her 3rd Annual Love the Pie party!  Had the stars aligned?  Had the universe come together to tell me it was time to make Banoffee Pie a reality?  That may be going a little far, but Cheryl’s party was all the excuse I needed.  This is really a great make ahead dessert.  it’s super rich and decadent –  and pretty darn sweet.  I’d love a nice cup of black coffee with it.
Best thing so far this week, Thing 1 saw a Mr. Clean Magic Eraser commercial yesterday, and he immediately came running into the kitchen demanding the sponge out of my hand.  I gave him a dry sponge and he ran off.  Being Mom, I wanted to know where this was going.  He “cleaned” the entire entertainment center.  Love it! 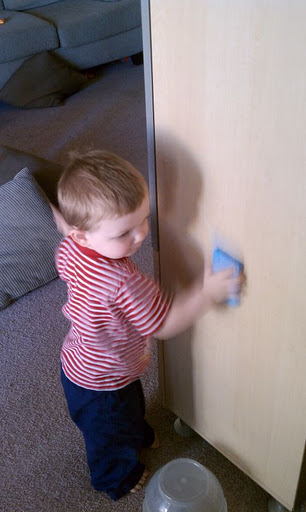 I snapped this picture and I’m holding it for black mail.  Years from now when Thing 1 wants nothing to do with cleaning, I will gladly show him this picture and say, “You used to love to clean the house!” 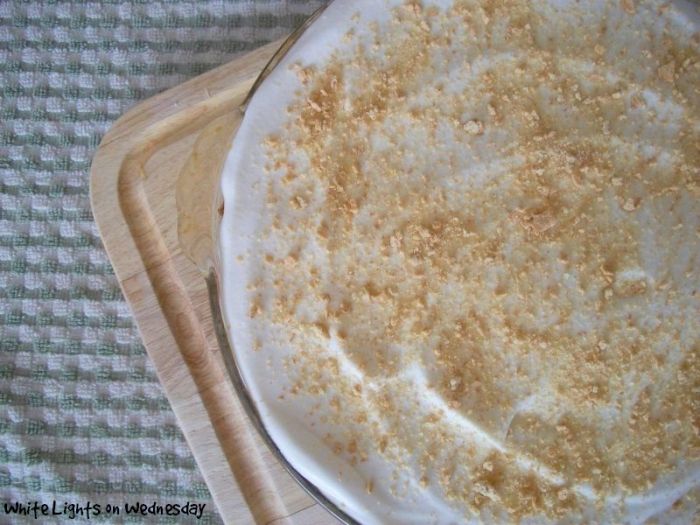 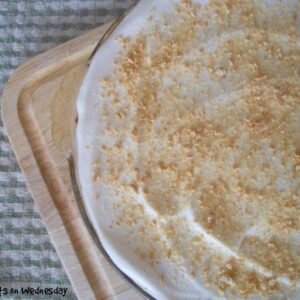 I recommend making your toffee in the morning and assembly the pie later that day. Making sure the toffee is completely cool will prevent the whipped cream from melting. The toffee at the bottom of the can will be thicker than the toffee and the top. Be careful while spreading. 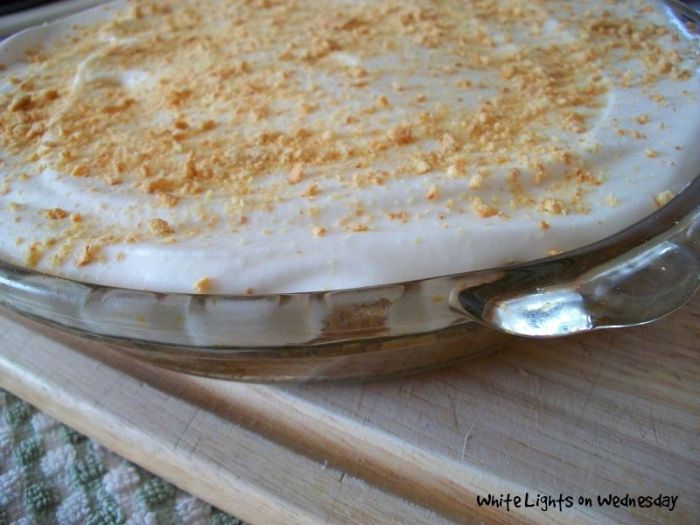