I found a tip on Pinterest I had to try.  Apparently you can use your stand mixer to shred chicken breasts.  Seriously?  Yep!  I’m totally impatient and want my chicken shredded ASAP when it’s done cooking, but I hate burning my fingers.  This is my new favorite kitchen trick.

Awesome!
When I went to make this pizza I was just happy about the roasted garlic.  It’s one of my favorite pizza toppings.  I had no idea the surprise I was in for.  My first bite took me off guard.  Sure, it smells wonderful, but the taste.  Wow! 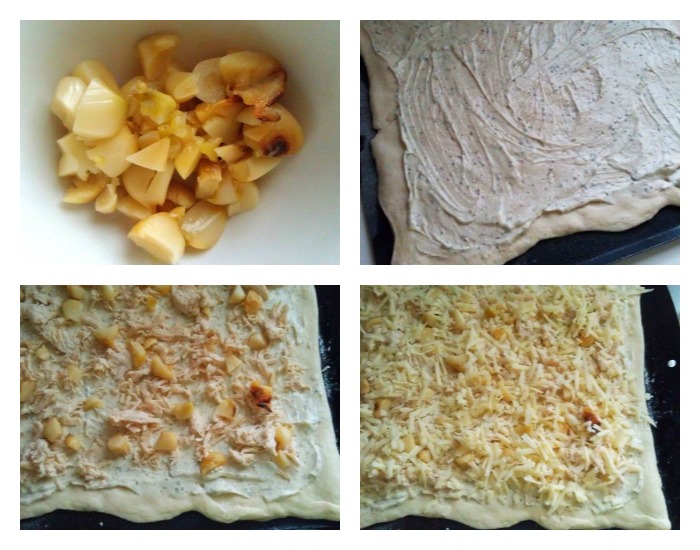 My mom, step-dad and sister had come over for dessert – ice cream sundaes.  They had already eaten dinner, but everything smelled so good they tried some pizza too.  EVERYONE just kept saying how good the pizza was.  I think next time I’m going to thin slice some roasted red peppers or sun-dried tomatoes to put on the pie too. 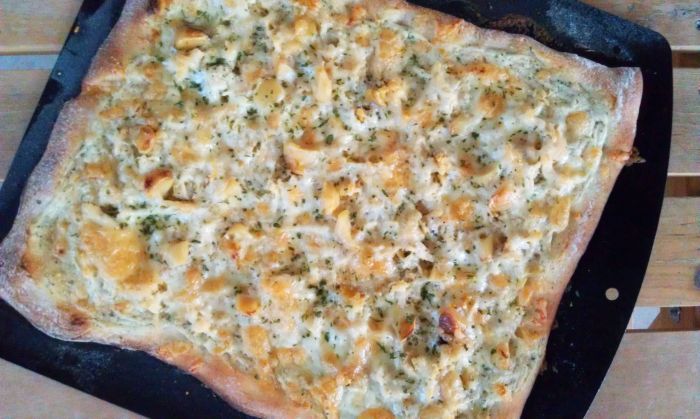 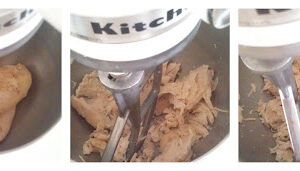