Last month one of my favorite bloggers had a giveaway.  Guess what?  I won!  It’s almost 20 days later I’m still completely jazzed.  I’ve only won one other giveaway in my life.  The best part was the giveaway was for Giselle at Baking in Heels 1,000 Facebook fan giveaway. It was really fun to be apart of Giselle reaching her goal.  She is super sweet and makes fancy sugar cookies.  Stop by and send Giselle some love.  I’m sure it would make her day.

So, I won a bunch of Mardi Gras themed baking stuff.

I love my new cookie cutters.  I used them to make shape pancakes for Thing 1 and his friend Kalli.  I’ve never had disco dust before.  I can’t wait to figure out something awesome to use it on.
But the best part of this giveaway was the King Cake I got.  You heard me.  Giselle had a King Cake shipped from Marguerite’s Cakes in Louisiana directly to my house.  Marguerite’s ships their cakes all over the country so you can get your very own King Cake too. 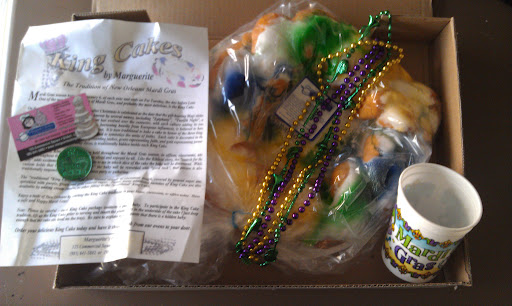 Your King Cake order will come with Mardi Gras shwag and a history of King Cakes.
We got the original cinnamon flavored cake.  Yum!!
I wasn’t sure what I was going to make you all for Mardi Gras, but I knew I wanted to use all my need goodies.  After debating over whether to make an actual King Cake or not, I decided King Cake inspired cupcakes would be be perfect!  King Cake is like a giant oval cinnamon roll with almond icing and sanding sugar.  Easy enough, right? 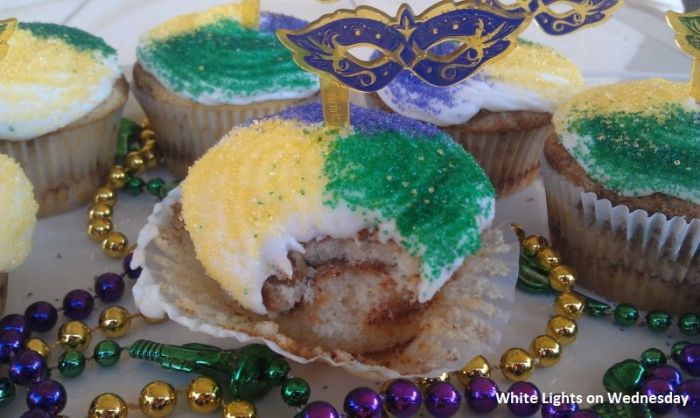 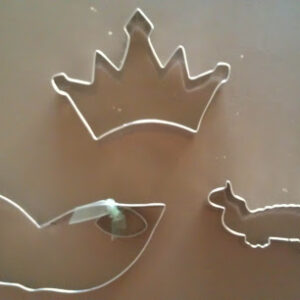 Don’t forget to sneak a little plastic baby onto the top of one of the cupcakes before you add the frosting. Just push the baby into the cupcake a little bit. 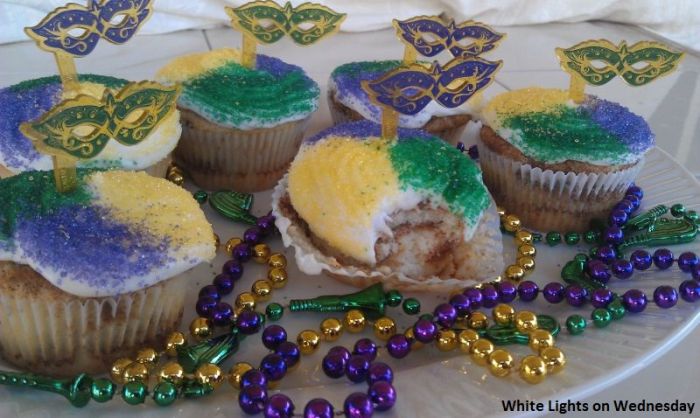 The cupcakes are really good.  They taste just like the King Cake, but have a cake texture instead of a cinnamon roll texture. 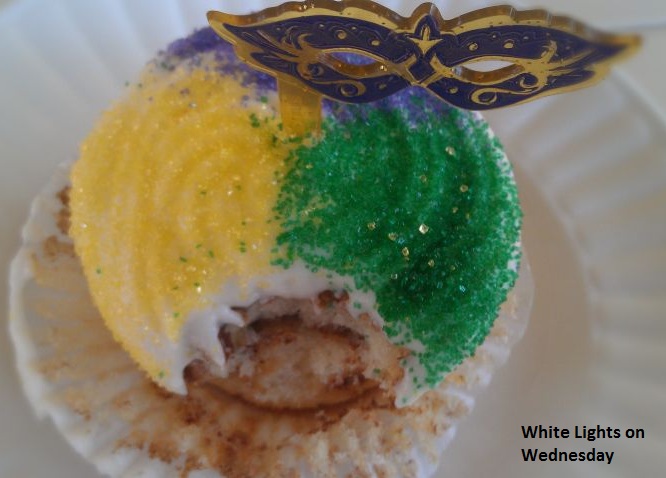 I went a little photo happy, what? 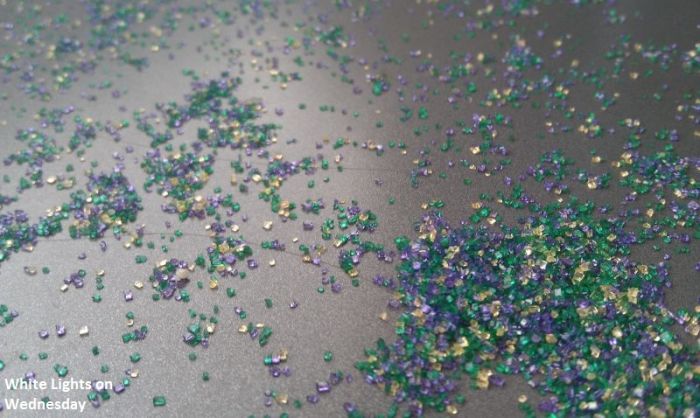 All the extra sugar in the pan made me think “This is what New Orleans must look like the day after Mardi Gras.”
« Knock Off Thin Mints
Chicken Enchiladas with Red Chili Sauce »